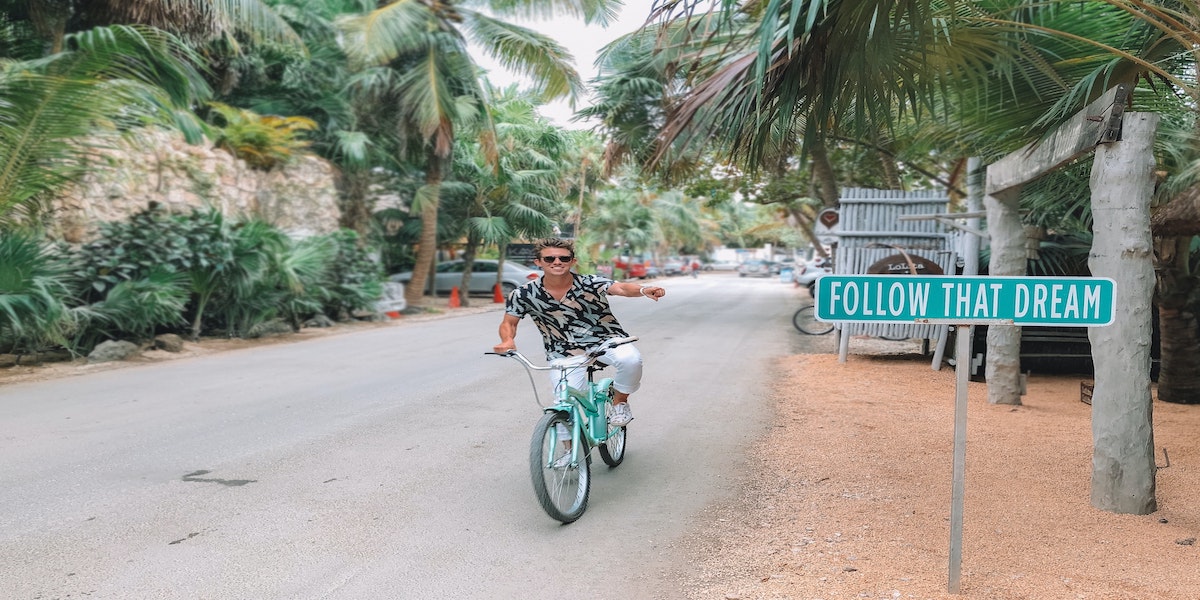 As ecommerce website specialists, many of our clients are digital nomads. While many of those said DNs don’t love the reference, it describes what is known generally across the world as someone whose work is location independent.

There’s a particular lifestyle that accompanies this type of work arrangement, namely one that does not usually involve small children, pets, or a garden, for that matter. While many digital nomads may reside in a foreign country for a few months or a few years, many of them travel as a lifestyle. Why? When you have that kind of freedom, why wouldn’t you?

As a proud father with significant roots in Dublin helping ecommerce owners, I’m not a DN, and the lifestyle doesn’t really appeal to me. However, I understand that it’s a dream for many people, especially the younger generation that seek the road less travelled but have their sights set beyond the budget backpacker lifestyle. Indeed, padding your way barefooted across the sand to arrive at your bamboo ocean-front office wearing board shorts and sunglasses sounds great, right? I imagine it is. I also imagine that, like what happens in any type of lifestyle, novelty gives way to routine, which gives way to boredom, eventually. Now, perhaps this is my own limited imagination at work, and I suppose a digital nomad can up and change their situation if it becomes boring. With two children, a wife, and a mortgage, I’m liable to stay fairly fixed to one place.

Perhaps the reason many serious location-independent entrepreneurs don’t like the term digital nomad is because it’s associated with a kind of laissez-faire attitude that grips the starry-eyed fresh graduates who want to live a freedom-dominated lifestyle abroad without actually having to work very hard. While some can do that by way of passive income arrangements, the grand majority of digital nomads must put in a serious number of hours to not only meet their living requirements but achieve growth in their business––if they want to, that is.

If you have your sights set on a digital nomad lifestyle and you’re scouting out a good location, there are many to choose from. If you’re an ecommerce owner, you may already be living abroad and seeking to change your location. Take five minutes and discover these six places where location independent communities are thriving.

While nomad hotspots are changing all the time, there are a few that remain pretty fixed, and ones that have been on the rise for a while. There are generally four characteristics of good digital nomad communities: quality internet connection, a low cost of living, coworking space or laptop-friendly cafes, and interesting things to do.

This cultural darling in North Thailand has been a digital nomad mecca for years. It may even be the original digital nomad community. Situated in a bowl landlocked by mountains, Chiang Mai features numerous spots to hike, camp, visit waterfalls, cycle, and enjoy the rugged nature of a northern tropical climate. It’s also home to 1000+ cafes, most of which will happily welcome laptop “campers” for hours at a time. For those who don’t deal well with the distractions of cafe work sessions, co-working spaces abound, both inside the old city and on its perimeter.

You can live here comfortably for about 800 Euros per month, including rent, transportation, and food. The one downside is poor air quality for a few months preceding the rainy season. Many foreigners hit the southern islands during this time.

If Bali strikes the ears as a veritable sounding paradise, you won’t be disappointed. Though you might be surprised that paradise can include litter-strewn beaches, traffic-locked streets, and a foreign community that seems to outnumber the locals. But Canggu, situated on the southwest side of Bali, is a gorgeous piece of sun-soaked paradise, a popular surf spot, and features vibrant nightlife and beach clubs, coworking spots, and health-conscious cafes.

For those who are into a more beach-vibe kind of place, Canggu delivers. It’s more expensive to live in than Thailand, averaging around 1000-1200 Euros per month, all in. Internet is decent, though power outages sometimes occur, given it’s a smallish island prone to tropical storms. It’s also situated right on the Ring of Fire and thus constantly under the the threat of earthquakes and volcanic eruptions. Another downfall is its traffic: sheer madness, and anyone riding a scooter should definitely don a helmet at all times.

Same island, totally different vibe. Ubud (pronouned OO-bood), features a bit of a New Age scene. It’s home to several Hindu temples (indeed every home in Bali has a temple on its grounds), glorious verdant rice terraces, a Monkey Forest (enter at your own risk), yoga hotspots, and a few coworking spaces. It’s situated right smack in the middle of the island and is slightly less expensive to live in than Canggu. If you prefer jungle treks and waterfalls over beaches, Ubud is definitely your place. However, there is less in the way of nightlife and coworking spots here, and the traffic is just as congested as Canggu.

This gorgeous city is a rising star in the digital nomad world. It’s number one on the European side of location-independent life. It’s also more expensive to live in than its Southeast Asia counterparts but cheaper than other European options. Given its location in the Northern Hemisphere, it does rock some cool winter months, which can be quite pleasant if you don’t love a hot and humid climate all year round. It has modern infrastructure, exceptional weather, delicious food, a large expat community, and is easy to get around. It’s also a gateway to the rest of Europe. What more can you ask for, really?

You won’t find Da Nang on many digital nomad lists because it’s only recently started gaining popularity. Da Nang is on the east coast of Vietnam, which, if you’re familiar with Vietnam, is quite long! It’s close to the quaint, Chiang Mai-like city of Hoi An. Like Canggu, Da Nang is a surfing hotspot with raging temperatures and sometimes unpredictable tropical storms. But it’s safe, has a low cost of living around 800 Euros per month, and decent internet. The food is amazing, though there are less plant-based options in Vietnam than other hotspots in Southeast Asia. As a rising DN community, it also isn’t dotted with tons of coworking spaces or cafes like other countries. However, with its relatively easy entry and seaside location, more and more digital nomads are dropping into Da Nang to set up a temporary home.

If you love spring-like temperatures all year round, this might be the spot for you. Medellin is located in Northwestern Colombia and surrounded by rolling hills with excellent hiking spots for those days off. It’s investing more in technology and infrastructure, and is far less susceptible to crime than in its past days. More and more DNs are flocking here to enjoy this rising star, and the city is responding. Coworking cafes are popping up all over the place, and the cost of living is low––averaging around 850 Euros per month, all in. For those who don’t love the traffic and heat of Southeast Asia but don’t want to pay the higher prices in Europe, this gem in South America may be an ideal location.

Got questions about your ecommerce business? Looking to migrate or optimise your existing site or sketch out a plan for customer retention? We’re ecommerce website specialists in Dublin and here to help you, no matter where in the world you are! Get in touch today.