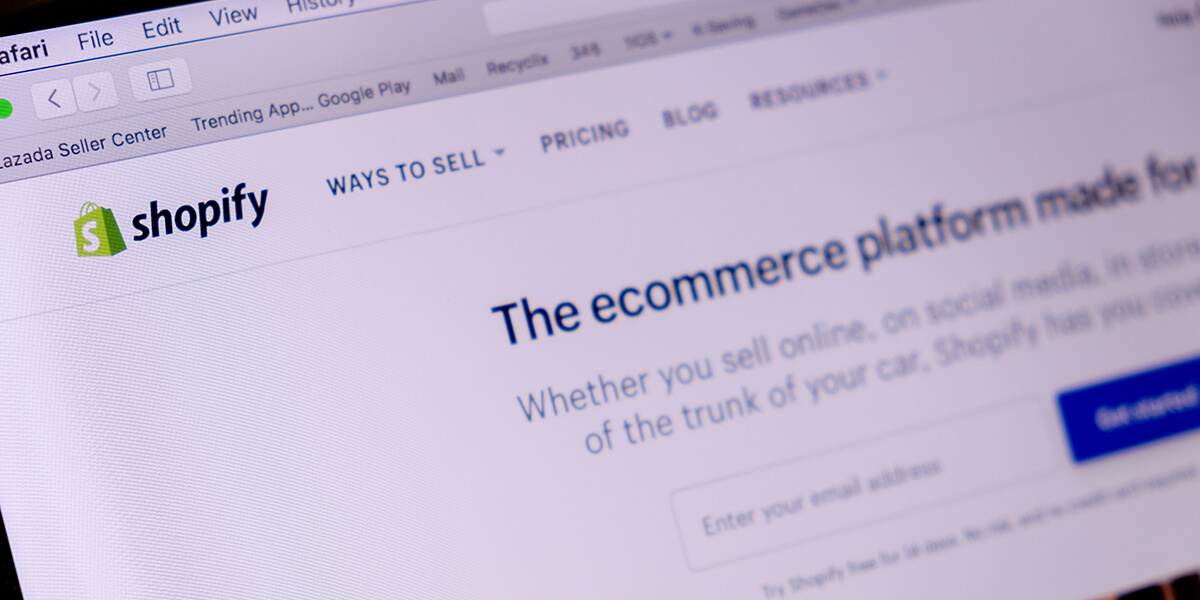 As a Shopify Plus agency, we know that the best ideas always start with a personal need. When inspiration presents, it’s usually because our lives are lacking something and require fulfilment (even something simple, like a snowboard).

Sometimes that inspiration strikes like lightning, and we’re motivated to jump on an opportunity to create and develop an idea. Other times, inspiration crackles in intermittently, like when you switch channels on an old transistor radio. In such cases, we take a bit of time to fully realise a fuzzy idea and put the pieces together.

Either way, what inspires our creative genius - something we all have - motivates us to get out there and make things happen.

Whether you’re the type of entrepreneur who quickly puts ideas into action or takes his time to suss out all angles, you’re good at making things happen. And that’s precisely what the world needs right now. It doesn’t matter what your product offering is; if you have a digital storefront with Shopify, you’re likely searching out new inspiration and ideas all the time.

Resourcefulness Is Where It’s At

What does all of this have to do with the start of Shopify? Well, when we take a booming enterprise like Shopify, we tend to associate that level of success with starting privilege. That is, we assume that the founders had money to start such an enterprise, time to commit to it, knowledge and support, expertise in their industry, and pure confidence - all the requirements of successful entrepreneurship, right?

So, why do many of us make that assumption? Because most of us don’t have such assets starting out, so we believe that to achieve such success requires more luck and resources than hard work.

Well, the founders of Shopify help us debunk that idea, and it’s why we wanted to share their story with you. Not just because we’re Shopify experts, so it’s in our arena to “talk Shop,” but because this story is the inspiration many starting entrepreneurs need to get off their a*rses and put their incredible business ideas into action.

But this kind of story isn’t just for the novice. We all need motivation. We all need to recognise our inherent resourcefulness, even when facing a lack of resources. When we’re at that plateau point, encouragement and inspiration help keep ideas alive and thriving.

Running an online store isn’t a launch-and-lounge deal - your business requires everyday feeding and watering, just like a baby. If you’re a parent, remember when the idea of having a child overwhelmed you with excitement? And then your little baby bunting entered the world with all his demands, and you realised what a gargantuan task being a parent is.

You didn’t regret it, but reality replaced romanticism as every day required you to step up and be the best parent you could be, no matter how tired, cranky, sick, frustrated, or awesome you felt. You had to dig down deep into your internal bank of resources to show up every day, and you were committed without condition.

Now obviously, being a parent is different than being a business owner. For one, you might eventually sell your business for a profit, but you wouldn’t sell your baby. Secondly, great entrepreneurs can emotionally detach themselves from their business outcomes, even while remaining active and invested. An emotionally-detached parent, on the other hand, doesn’t raise a very secure child.

But the point at which entrepreneurship and parenthood converge is commitment to growth. You have to commit yourself anew every day to raising your child to be the best human being possible. Developing your business requires a similar determination. It’s the only way - any slacking results in a failing business or a child in need.

That’s where we meet the success story behind Shopify. Well, there are many opinions about why Shopify has achieved such incredible outcomes. For us, experienced entrepreneurs and Shopify experts, commitment to growth is the reason. Let’s plunge into their background story and learn how they did it.

How Shopify Grew From Snowboards to a Smashing Success

In 2004, Tobias Lütke and Scott Lake built an online store because they wanted to sell snowboarding gear. At the time, no such platform existed, so Lütke wrote the code and built Snowdevil. It’s how most businesses begin - as a solution to a personal problem.

“At the beginning, there was no grand plan.” - Tobias Lütke

Although it was never their intention, Showdevil transformed from an online store into an e-commerce platform they called Jaded Pixel, and it was the first iteration of what we now know as Shopify - the multinational e-commerce sensation headquartered in Ottawa, Canada.

While it sounds like a bit of fluke, it’s what happened next that exemplifies the value of commitment to building a booming business.

When Lake left Shopify in 2008, Lütke was forced into being Shopify’s CEO, a role he neither desired nor was prepared for. In just a few weeks, he acquired the knowledge and skill of an A+ MBA student, which is a bit like learning to fly a plane on a Tuesday afternoon. Through hard-core research, he learned everything he could about running a business and being a CEO. After some time searching for a new CEO, a friend and colleague convinced Lütke to stay in the role.

Lütke knew that Shopify’s profits were a direct outcome of their customers’ profits. That is, the more money their clients made, the more financially successful his enterprise became. So, he and his team committed to building an exceptional user experience that supported entrepreneurs from startup to launch to maintenance and continuous growth.

How did they create an outstanding user experience? They helped business owners help themselves. It was just the teach-a-man-to-fish move that many startups don’t have the patience for. Using Shopify’s tools, merchants could then solve their own problems without requiring an expensive expert. This created an entirely new market of people who’d always wanted to sell online but couldn’t because they didn’t have the technical knowledge. Shopify gave them everything.

But what kind of drive does that require on the backend? Someone motivated and motivating. Lütke created a culture of learning and achievement by encouraging his employees to care about their work, take risks, experiment, and make mistakes, while also learning and growing. By 2017, Shopify was named the #1 best place to work in Canada (source).

What Makes Shopify Ideal For The Starting Entrepreneur?

Shopify is for beginners and pros that want to create an online store without a lot of fuss. As you might already know, owning and operating an online storefront is about more than just setup, launch, and general maintenance. Industry is constantly undergoing updates and improvements, and the technical stuff is evolving faster than social media updates on the COVID crisis.

Shopify is so much more than just a way to launch and manage an online storefront. It also helps open additional selling platforms like Amazon and Facebook, and provides technical and customer service support.

For just $29 a month, you can sell an unlimited number of products. Bump it up to $79 per month, and you get extra features like gift cards, abandoned cart recovery, lower transaction rates and advanced reporting. (And for $299 even lower rates again).

As Shopify partners, we know it’s an easy, flexible, scalable, integrative, responsive, and supportive platform, but like everything, there’s always a learning curve. If you’re interested in finally realising your great business idea on Shopify but you’re not sure where to start, give us a call. We offer a free 30-minute strategy session to help you on your way.

The Buyer's Journey: What eCommerce Owners Need to Know

Klaviyo Just Rebranded––Should You Too?

Should You Ask Your Customers for Reviews?

Social Commerce in the Metaverse: What Brand Owners Need to Know

AR in eCommerce: The Benefits for Consumers & Retailers 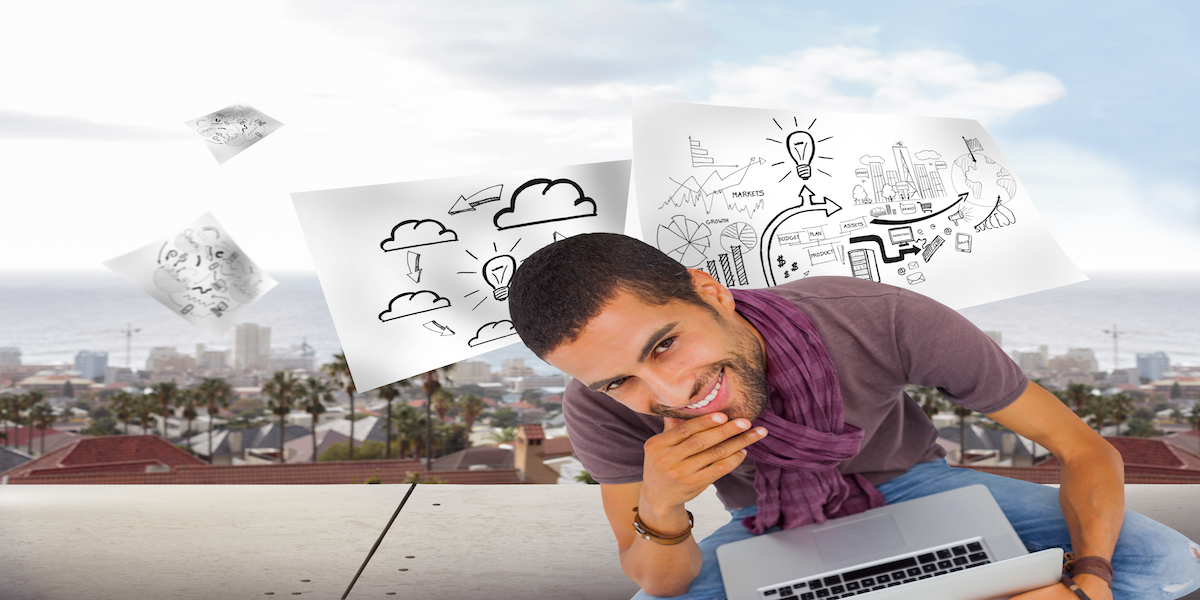 The Buyer's Journey: What eCommerce Owners Need to Know

As a digital merchant, it’s imperative that you know each step and potential setbacks and opportunities to best support the buyer's journey. Here is some key information you must know to meet your buyer where they’re at. 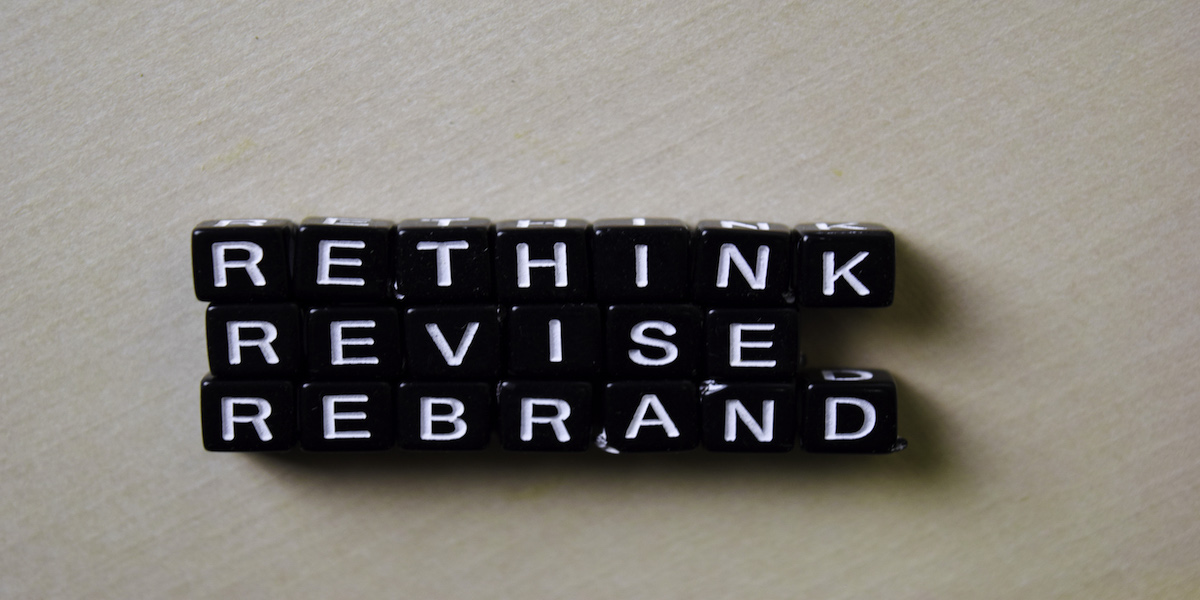 Klaviyo Just Rebranded––Should You Too?

Whether you're ecommerce enterprise is big or small, find out how small changes can have significant impacts to your brand’s identity. 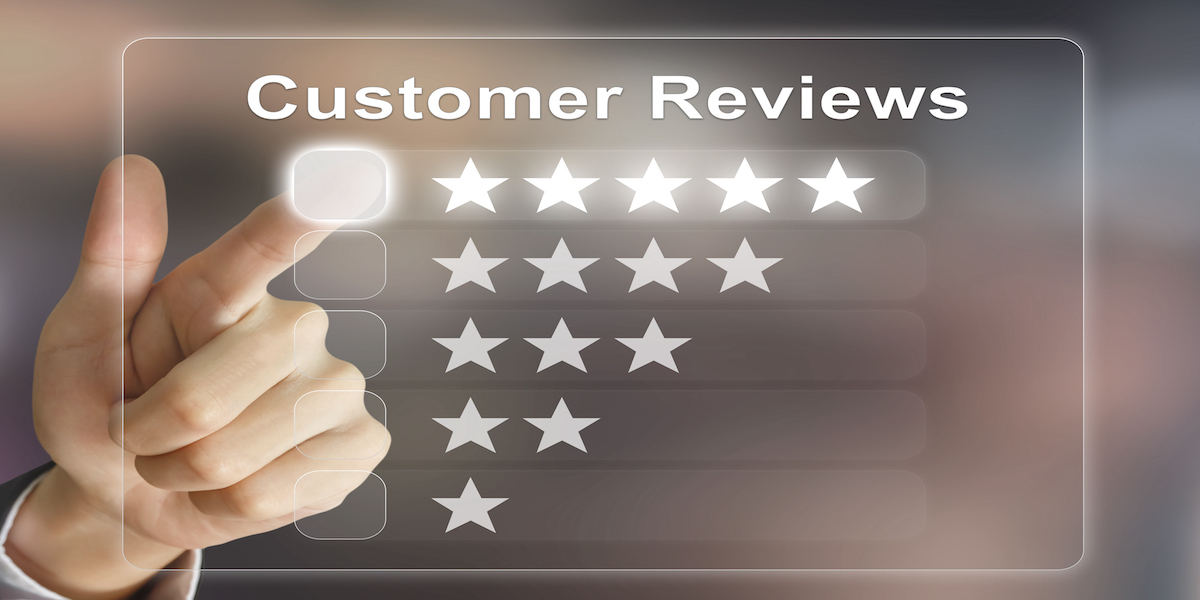 Should You Ask Your Customers for Reviews?

Reviews not only help grow sales, they also help your customers make good buying decisions. Find out how to use reviews in your marketing plan.

Book in for a free 30 minute strategy call and find out how we can help grow your revenue. 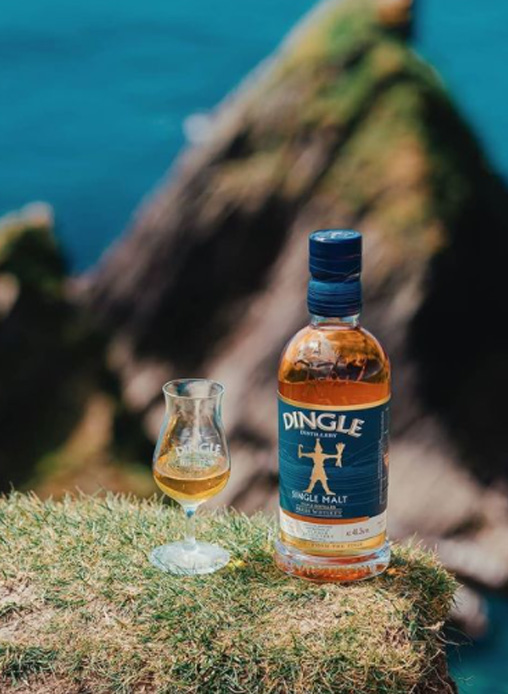 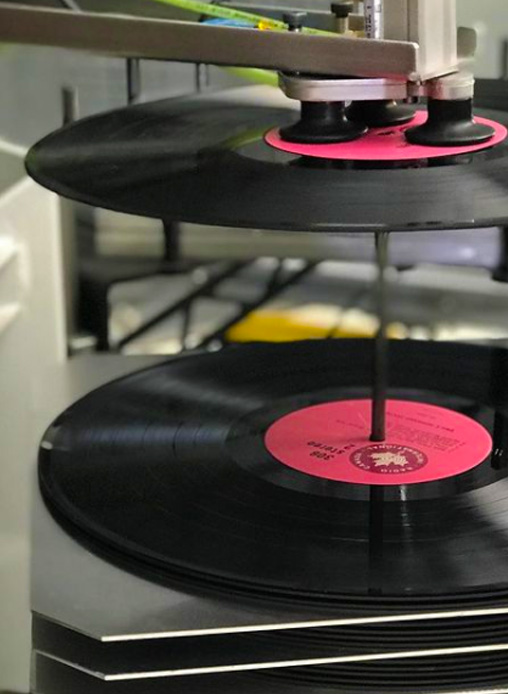 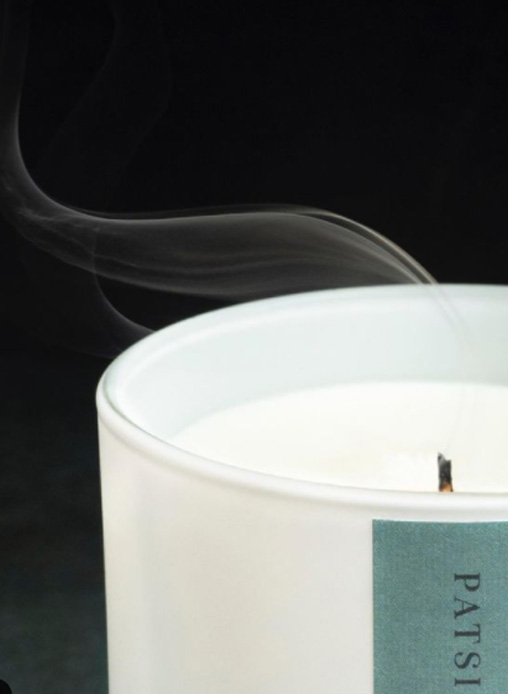 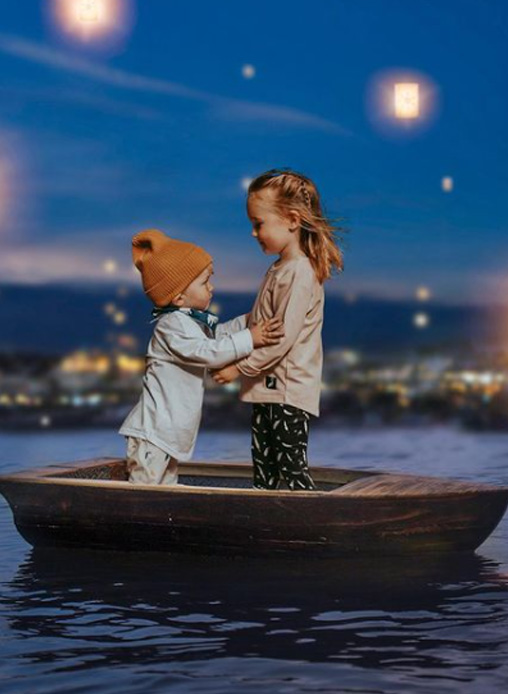 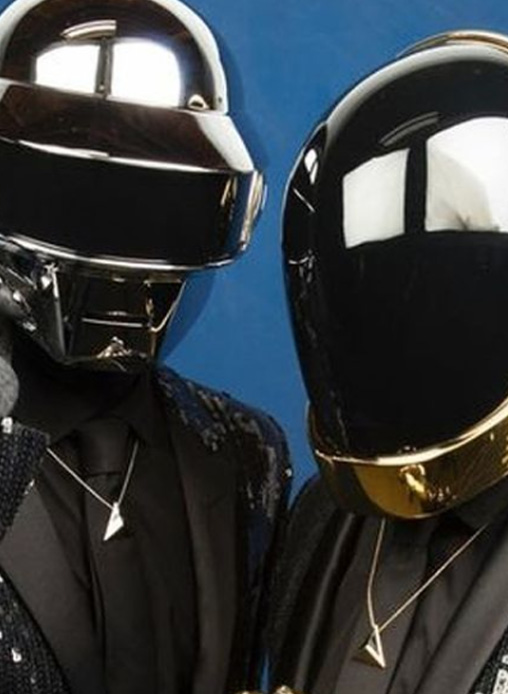